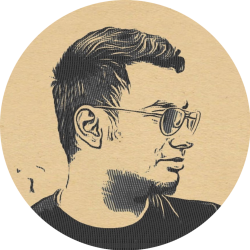 As a little side project, I wanted to try to build an E-Commerce webapp. After much planning I wanted to opt for a streamlined and decoupled architecture to keep things running smooth and fast. I am really interested in building a decoupled setup with a CMS(Content Management System) as my API provider and a scalable front end that my clients will access. Though the next series of related posts I will like to take you on a step by step journey to building a decoupled E-Commerce webapp.

The idea is to create a decoupled application consisting of two sections :

To answer the WHY a decoupled architecture question, I will like to state that I am a performance freak. I am disgusted by websites and web apps that are sluggish to use. The downside of any CMS is that, once you use it to load both data and render the frontend (with custom theming of course) the page load speed takes a massive toll.

However, any good E-Commerce web app should have standalone apps for Android and iOS too right?

Now, there are a few ways of doing this :

I will be going for the 3rd approach as its the perfect solution in my opinion. Through this, you’re :

If this sounds cool, then let’s modify the tech stack as follows :

With our tech stack in place its time to proceed to the next phase of the project!

Never miss a story from us, subscribe to our newsletter